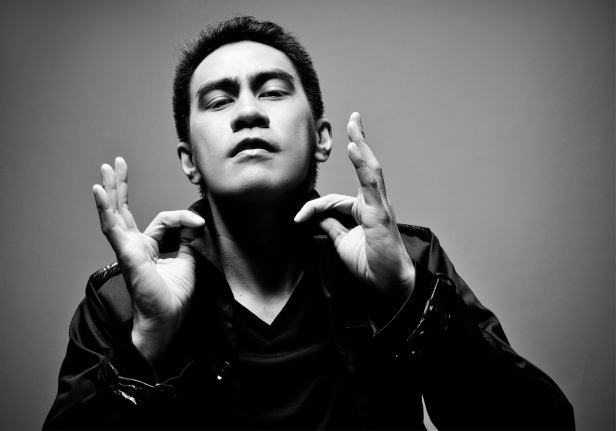 I am sharing this note again by Pia Lim to Ramon Bautista in the light of the recent controversy of a Davao City resolution declaring Ramon as a persona non grata in Davao.

I know Ramon Bautista beyond his public image. He seriously advocates a lot of social issues, including women’s rights. However, his brand of comedy may not be easily understood by the Filipino public. I understand that his whole comedic philosophy is actually a reaction to the traditional in your face humor the Filipino masses have been used to. But, maybe, at this point, the audience must learn to think, that the audience as well must learn that they too, have the responsibility to choose.

Having worked among the ranks of the youth for a long time, I’ve seen how traditional ways of engagement have failed miserably to enlighten and inspire involvement among this young generation. And I have seen where Ramon Bautista and those artists like him have succeeded. Educating through popular culture could really really be tricky. It takes very smart people like Ramon to actually thread that path.

Someone once said that “if comedy begins explaining itself, it turns into a lecture”. With so much information going around, today’s generation of youth do not learn from a lecture but from things that challenges them to think and be critical. I am sure that the Filipino youth knows how to distinguish between humor and disrespect. I also recognize that Ramon and hordes of his fans have so much to learn about the culture of sexism, male chauvinism and the forms of sexual harassment.

Clearly, the Davao City government has taken an active stand in their strong gender and women program, something I truly admire. However, the tricky thing about championing rights is that it cannot be alienated from each other. Thus, this is why the Universal Declaration of Human Rights is interrelated, interdependent, and indivisible. The deprivation of one right adversely affects the other.

It is the right of the Dutertes to freely express and point out comedic excesses that borders on sexism, chauvinism, and forms of sexual harassment. I guess this right is something they know very well as they use this same argument when they freely threw the middle finger on national television.

But naming Ramon as a corrupt influence to the youth with an abusive behavior that should not be tolerated is downright self – righteous and arrogant. Ramon apologized in public for the harm he has done. We, together with hordes of Ramon Bautista fans, will all learn from this experience and be more conscious of sexism and male chauvinism.

Unfortunately, sorry would not make a difference to victims of the Davao Death Squad whose righteous violence is endorsed and tolerated by the Dutertes of Davao. I find it very disturbing and dangerous to champion women’s rights from those who have a distorted understanding of the core of human rights – justice.